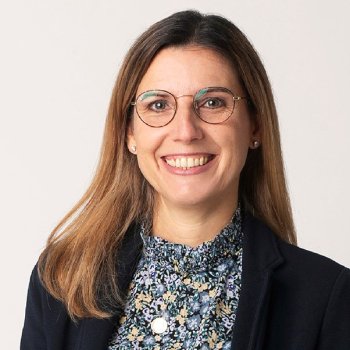 On 2 February FEDIAF, the European Pet Food Industry Association, had a meeting with a number of CEOs from Pet Food companies across Europe to discuss about the EU Green Deal and its implications for the pet food industry.

FEDIAF has already been supporting several actions developed by the European Commission in the context of the Green Deal such as the “Circular Economy Action plan” and “the Farm to Fork Strategy”, and the association is following closely the recently launched proposal for an “EU Code of Conduct for responsible business and marketing practices”. FEDIAF has also contributed to the public consultation on green claims, to ensure product environmental claims are clear, transparent and reliable, using the Product Environmental Footprint (PEF) methodologies where possible. In fact, via FEDIAF, the pet food industry is one of the first to have developed its own Product Environmental Footprint Category Rules already in 2018.

At the event, FEDIAF President, Annet Palamba (General Manager Hill’s Benelux) highlighted the evolution of the association from focusing mainly on the pet food regulatory environment to a much broader focus, including, of course, sustainability. Over the next few years, consumers, regulators and other stakeholders will expect the pet food industry to contribute significantly to sustainability. This was confirmed at the event by the prominent speaker from the European Commission, Mr Visek, Member of the Cabinet of the Executive Vice-President Frans Timmermans. In his speech, he summarised the major topics covered by the Green Deal, namely climate neutrality and product sustainability.

On climate neutrality, Europe has signed up to climate neutrality by 2050. From a political point of view, since its launch a year and a half ago, the progress made has been enormous. More and more companies are including this commitment into their corporate strategies. Every company and economic sector has a role to play. For the pet food industry this could cover transport, logistics along the supply chain, packaging, alternative proteins… But even further, how the primary products are produced, and to raise the bar on sustainable practices such as reducing the use of antibiotics and pesticides, increase biodiversity, animal welfare, etc.

On product sustainability, the European Commission is aiming at achieving a success story such as the one on food safety. Today consumers take food safety for granted, and the objective is that they can take product sustainability for granted too. The whole regulatory framework that has been put forward by the green deal is focusing on enabling this. The Farm to Fork strategy, is the biggest encompassing strategy of the entire food chain in EU history. It aims at food products being produced in a sustainable way but also at consumers changing their habits. Several targets have been already fixed at EU level, including a reduction of antibiotics use by 50%, halving the use (and risk) of pesticides, increasing the area on organics from current 8% to 25%, all that by the end of 2030. And there are also initiatives targeting consumers, related to labelling in terms of nutrition, but also in 2023 there will be a whole new framework which will be defining sustainable food, to ensure that consumers can make a difference between food that is sustainable and food that is not.

From the regulatory framework point of view, there is also the revision of the Feed Additives Regulation scheduled for this year, where the European Commission is considering to include claims, so that the innovation put into products is rewarded and made transparent for consumers. And then there is the area of packaging, especially plastics. The circular economy action plan adopted in February last year, includes the launch of a number of initiatives on this, such as the revision of the packaging waste directive and the future harmonisation of the recyclability instructions across Europe.

With this event, the pet food industry is showing leadership in genuinely understanding the implications for the sector of the EU Green Deal, and its commitment to play a role in the responsible sourcing and use of renewable resources in pet food production, and minimising, wherever possible, its environmental impact.